These medallions recognize individuals, groups, and organizations for their exceptional service and dedication to carrying out the mission of the National Association of Secretaries of State.

“Just days before the General Election, Hurricane Zeta swept across the coast, leaving tens of thousands of Alabamians without electricity. As a result, polling places in more than 19 of Alabama’s 67 counties were left without power,” noted Secretary of State John H. Merrill. “Each of the power cooperatives awarded today, in addition to the Alabama Emergency Management Agency, worked tirelessly around the clock to protect our democracy through identifying areas in need, restoring power, and providing generators.” 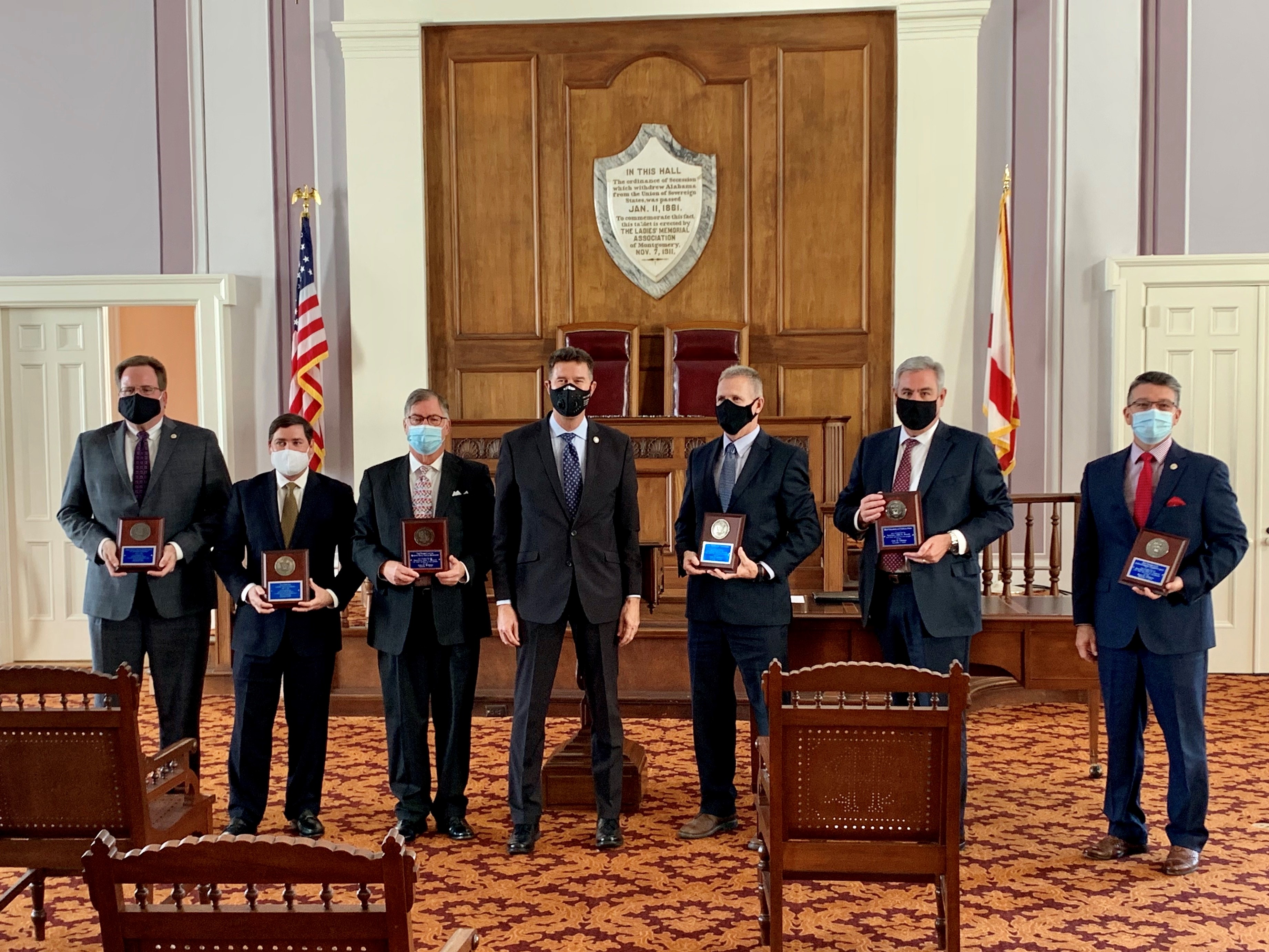 “In addition, the Office of Information Technology consistently provides support for our office to see that no cyber-related vulnerabilities or irregularities occur on our end. Our elections would not be as safe and secure as they are now without the assistance provided by OIT, and we are most grateful,” concluded Merrill.