After decades of debate both for and against women’s suffrage, the Nineteenth Amendment was finally ratified on August 18, 1920 – guaranteeing the right to vote for women across the country.

Tomorrow, we celebrate 100 years of women’s suffrage and reflect on the bravery of women’s rights activists such as Susan B. Anthony, Elizabeth Cady Stanton, Lucretia Mott, and the countless others who have paved the way for women today.

Many of these suffragists organized marches, protests, lobbying efforts, and even went to jail to fight for the constitutional right to vote.

Although Alabama did not officially ratify the Nineteenth Amendment until 1953, our state and nation have come an extraordinarily long way in the fight for equal rights.

I am proud of our efforts to register voters and issue free photo ID’s to see that all who are interested and eligible have the ability to freely participate in our democracy. This year, in celebration of 100 years of women’s suffrage, our office will be highlighting the ladies of the Legislature in an effort to promote participation in the upcoming November 3 General Election.

Ladies of the Legislature Celebrate 100 Years of Women’s Suffrage 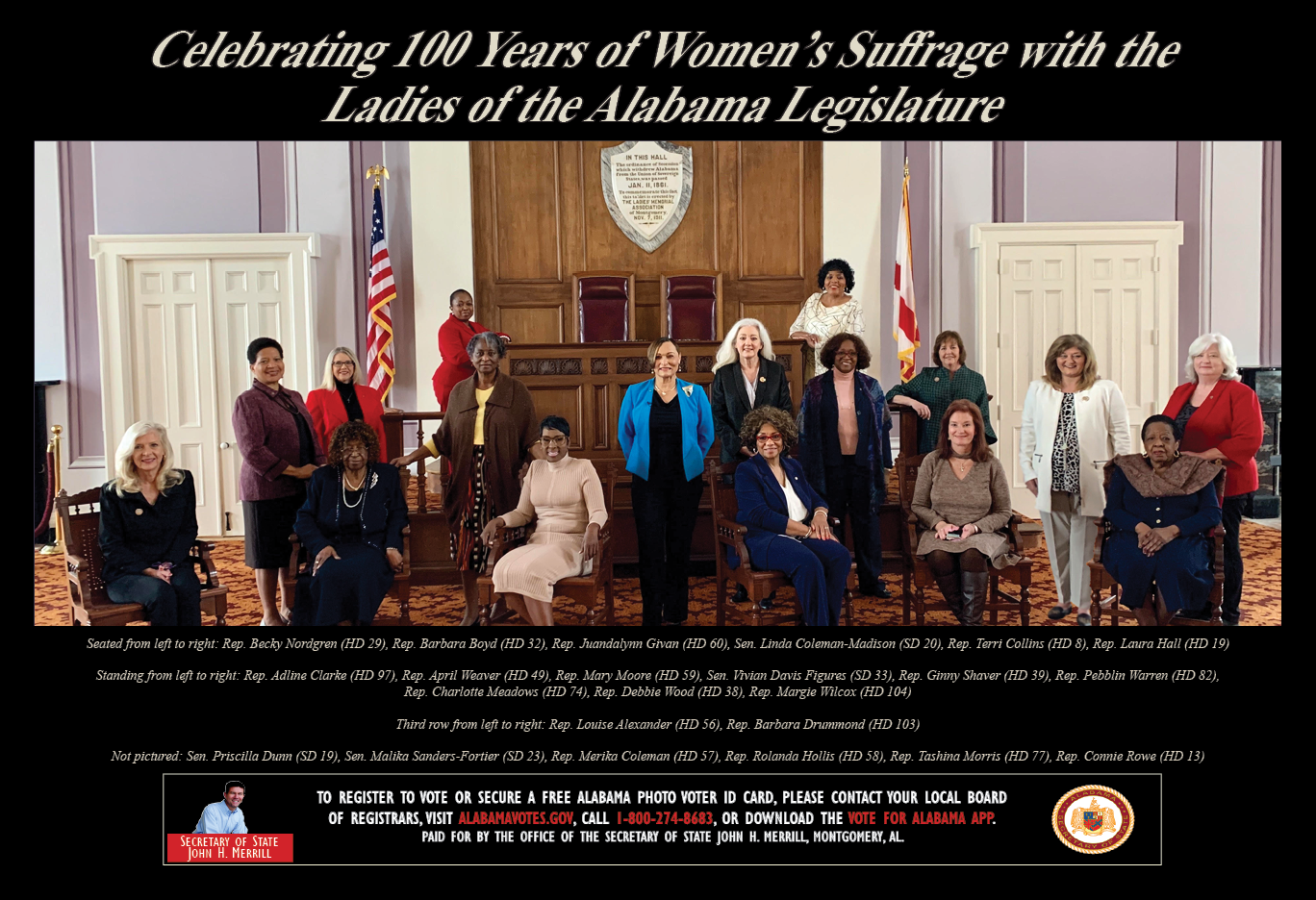 There are no limits as to what will be accomplished in the next 100 years, and I look forward to witnessing the powerful women around me continue to shatter records and overcome barriers.