Tuesday, September 28, 2021—MONTGOMERY, AL— Every year, the Secretary of State’s Office conducts a statewide multimedia campaign to promote voter registration, ensure citizens have a photo ID, and encourage voter participation. Today, in honor of National Voter Registration Day, we are excited to announce the participation of two well-known Alabamians.

Legendary singer and songwriter Jimmy Buffett and country music sensation Riley Green are featured in this year’s media blitz. Advertisements will start running in early October and continue through Thanksgiving.  Every year, the selected spokespersons are individuals who are well-known to the people of our state and are committed to good government.

For the last six years, several other well-known Alabamians have participated in the Secretary of State’s Photo Voter ID (PVI) efforts, which include:

The campaign consists of statewide television and radio ads, as well as digital advertisements, and through our partnerships with colleges and universities throughout the state. Throughout all 67 counties, posters will also be distributed to courthouses, schools, universities, civic clubs, political rallies, and events.

To register to vote in Alabama, you must be a U.S. citizen and an Alabama resident, who is 18 years or older on or by Election Day, and the prospective voter cannot be convicted of a disqualifying felony nor declared mentally incompetent. Alabama’s next Statewide Primary Election date is May 24, 2022 and the deadline to register before the 2022 Primary Election is May 9, 2022. 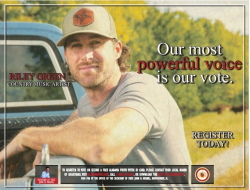 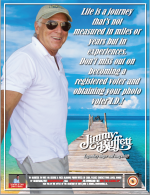