Monday, December 14, 2020 – MONTGOMERY – This afternoon, Alabama’s nine presidential electors met in the State Capitol to cast their votes for President and Vice President of the United States.

Alabama’s nine electoral votes, proportional to the number of seats the state currently holds in Congress, were all cast for President Donald J. Trump and Vice President Michael R. Pence. 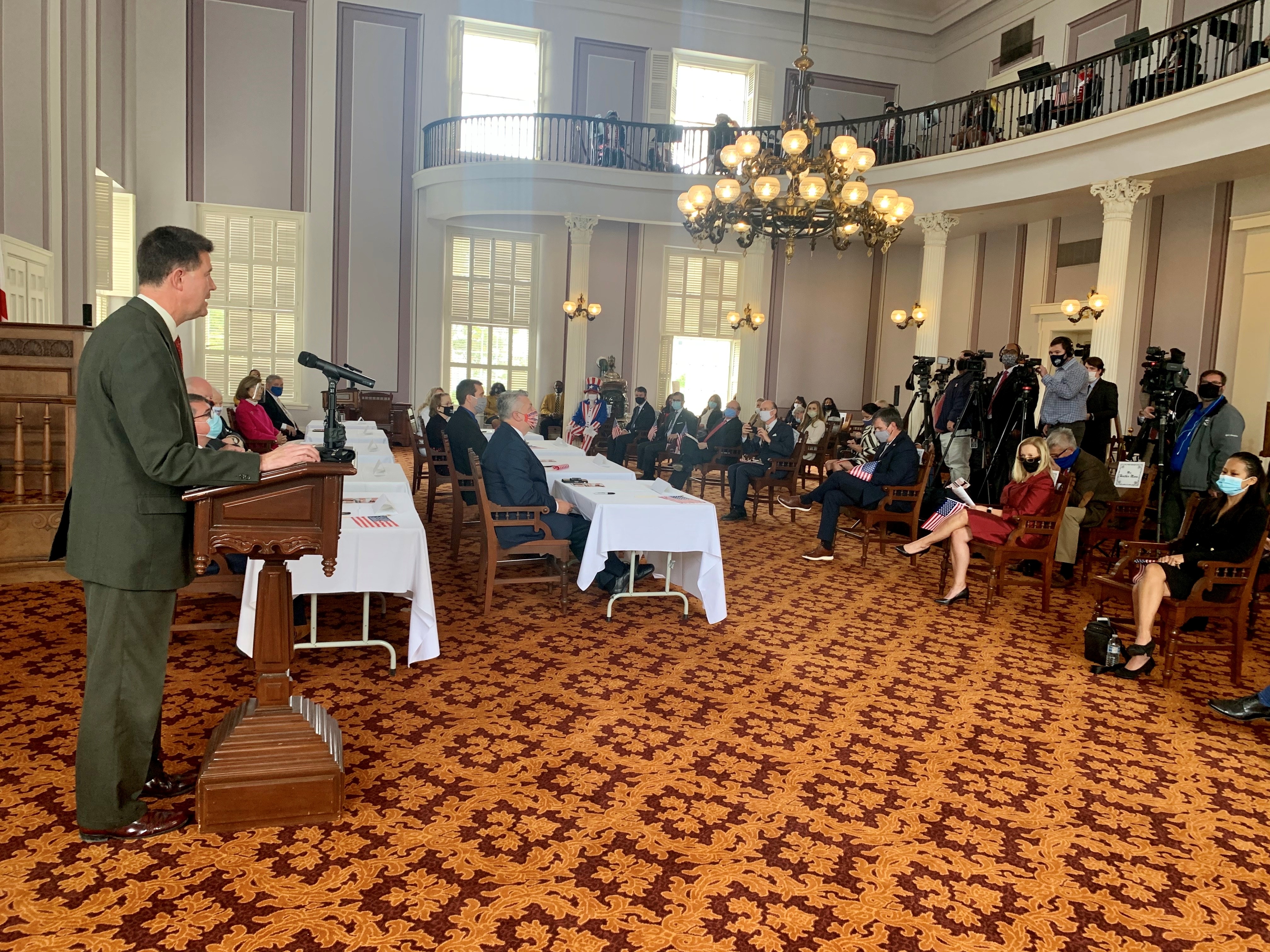 “President Trump and Vice President Pence received more than 61% of the vote here in Alabama on November 3. Today’s ceremony of electors, which is required by state and federal law, wrapped up a historic election season and certified the state’s record-shattering voter participation,” confirmed Alabama Secretary of State John H. Merrill.

Alabama’s electors are as follows:

Following the conclusion of today’s ceremony, Certificates of Vote and Ascertainment will be distributed to the President of the United States Senate, the Office of the Federal Register, the Alabama Secretary of State, and the Chief United States District Judge for the Middle District of Alabama.